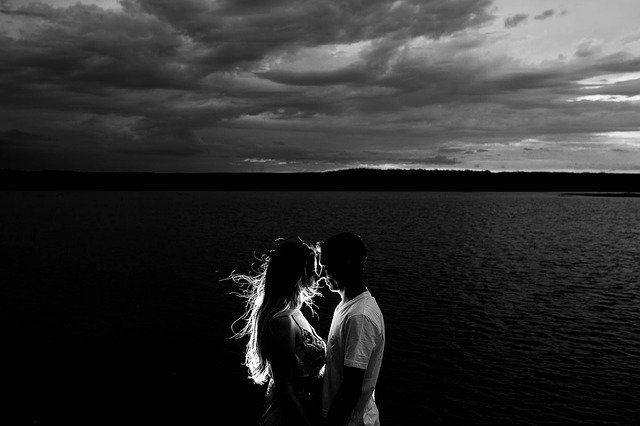 When two bodies approach, the body temperature begins to rise, the breathing becomes faster and the heart rate increases.

With a hug and a kiss, the body slowly begins to react to sexual stimuli and thus begins a domino of complex processes in the brain, limbs, genitals and every part of the body.

In the video that follows, you will see how the body reacts to each of the 4 stages of sexual arousal, until the climax occurs and then all the individual functions return to normal.

At this early stage of physical contact, serotonin is released, a neurotransmitter that activates the “joy centers” of the brain. The pupils dilate and this is an indication that the autonomic nervous system is awake. Adrenaline is also released, the heart rate rises and more blood flows to the genitals. In women, the clitoris and small lips of the vulva swell and the male molecule reaches an erection. Dopamine is released, further intensifying the sexual desire of the two partners. The senses are sharpened, as each stimulus is felt as much as possible.

Heart rate, respiration, muscle contraction and blood pressure increase even more and norepinephrine is released, making the genitals extremely sensitive to touch. It is possible for the muscles in the soles of the feet, face and hands to begin to contract.

The pelvic floor muscles contract rhythmically. The same goes for the woman’s uterus and the base of the man’s penis. The accumulated tension in the nerves and muscles is released at once, like multiple waves of pleasure flooding the body. The man releases sperm and in some cases the woman ejaculates body fluids from her genitals. Large amounts of oxytocin are produced, which is also known as the “love hormone”. This hormone cultivates trust and intimacy between the couple.

The sexual arousal subsides, while the spasms and swelling of the genitals subside. Women can often return immediately to the orgasm stage, but men experience the so-called period of irritability or period of latency, ie their body needs time before returning to the climax stage.