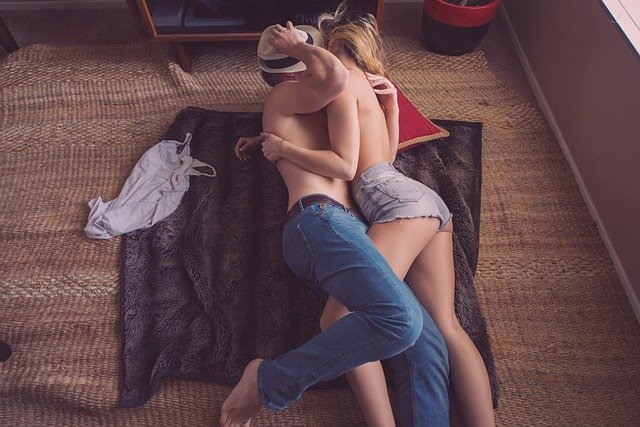 Just sex, as we usually call sexual intercourse outside of stable relationships, is one of the favorite types of lovemaking during student life. Especially in the first 2 years of studies, where the thirst for new experiences and frantic situations is more than engraved in us.

Contrary to many people’s beliefs, having sex is not an easy sport at all. They have their own rules, their own restrictions and their own prerequisites. Data that if you do not obey, you will find yourself in front of unpleasant surprises. Either psycho-emotional or even health issues.

In this context, we list 12 rules that each of us must obey, once we decide that we do not want to share anything more with our partner, despite the enjoyment and pleasure of the moment:

We do not discuss it. A condom should be your first and last thought during unprotected sex. Firstly because you are not 100% sure who you are in front of you, therefore STDs are waiting and secondly, because an unwanted pregnancy at this age (and even with a person with whom you do not share feelings), could be considered catastrophic. Do not forget, after all, many believed that they controlled it and…

2.Do not do it in the hope of a relationship

It would be good not to rely on the stories of dream relationships that started with… one night sex. Ok, it has happened but it is so rare that it does not need further analysis. In the end, the lottery is also won by people, but it is irresponsible to plan your life based on the hope that one day the draw will turn a blind eye to you. We do not intend to hurt you but the more aware you are in these cases, the fewer surprises you will encounter in the future

I know, the forbidden is attractive, hence the huge percentages of infidelity among the 20-year-olds of our time, but… it’s a real shame!

Basic rule! Just because you do not feel love for someone does not mean that you have the right to treat him / her badly and hurt him / her. For example, it is very bad to spread rumors about your partner’s sexual performance just to have fun with your friends. Also, in case you / she falls in love with the development of emotions on his / her part, something that does not concern you, make sure to interrupt the relationship. And do not try to raise your self-confidence.

8.Not on appointments and outings

Even worse than dating and going out together, though, are hugs, kisses and sleeping together. Let’s start from the beggining. Just sex, is the subject of the article. No, “12 things to do with your relationship!”…

10.NEVER just sex with a friend

No. Just NO! It is far from the second, the worst choice you can make and consequently he / she should make the same. Wherever you turn your head, you will see 20-year-old people, attractive and free. So make sure you choose from that “tank” and not from that of the people close to you.

You are 20 years old, you are living your student life to the fullest and you have found a person who likes to have a good time, some nights during the week. What else to ask for? Enjoy the moment, have a good time and do not make second thoughts. And for God’s sake, do not feel remorse for completely stupid reasons!

12.Realize that all good things come to an end

In the back of your mind, however, it would be good to have the end of this just sex relationship. Because sooner or later, she will come. And if it is your choice, it’s ok. But what happens when it is a decision of the other side? If you do not finish it, he / she will finish it. Either because he was bored and looking for something new, or because he like someone else.

Are you ready for change?

These professions do those who use more sex toys