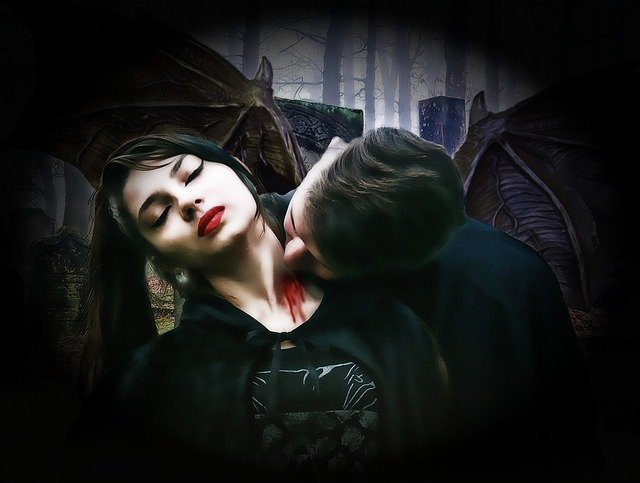 The most irritating horror movies that shook us with… more than one meaning!

When you say horror movies, the mind does not exactly go to sex! And yet, the horror with the eroticism go together like honey with butter and they have offered us particularly stimulating experiences that instead of freezing the blood, they lit it!

Expressing occult desires and studying the limits of sexuality, some films ruthlessly disturbed our nights! Because through the darkness, you discover yourself much better… Surrender to their charm and… whoever endures!

Why is hot AF: Holy Trinity from photogenic legends: Two great ladies of the big screen (Catherine Deneuve and Susan Saradon) in dreamy girl-on-girl cases, while David Bowie haunts every scene with his larger than life persona.

In the classic and favorite b-movie, an alien takes the form of a blond girl and is frantically looking for men to extort, in order to fertilize and give birth to an even more deadly form of life!

Thirsty for love – and blood – in his eternal wandering, the famous Earl arrives in England, in order to seduce an untouched girl looking for chillings. This is followed by bad luck and a lot of insults.

Insecure teenager sees her sexy best friends turn into a lustful predator, with evil intentions! One of the most cult films of the 2000 generation, this diamond bids farewell to youthful innocence and expresses the horror of adolescence!

Why is hot AF: Amanda Seyfried and Megan Fox, hotter than ever. It is not enough that each one is a spectacle that you look at, but they put them together. If your your willy does not your get turned on…

Interview With A Vampire, 1994

A blond-haired charmer who has lost all reason to live, accepts to vampire, discovering how much more unbearable immortality is. Who can endure the eternal loneliness, the melancholy of memories or the responsibility to take (and give) life…?

Why is hot AF: A wet dream for the ladies, with Tom Cruise at the height of his glory, Brad Pitt who was just becoming a star in his 30s and a touch of a Latin lover, by Antonio Banderas! All this in a romantic epic, which deifies carnal arousal through the consumption of blood…

When aspiring model Jesse moves to Los Angeles,her youth and vitality tries his luck in the modeling arena. He will soon discover sexual arousal, the world’s obsession with beauty, but also where female jealousy can go!

Why is hot AF: A world of models, so plenty of eye candy! If you have a more extreme choice , you will find it with the dark depiction of lust, while you should be a completely unloved being, so that Jenna Malone does not cause “something ” to you…

A vampire woman falls in love with a sexy man and after bringing him into her world with her own whispered method, she cohabits with him harmoniously, until the unexpected arrival of her – particularly free-spirited – sister…

Why is hot AF: Vampire eroticism at its best, in a visual poem (an obvious tribute to Hunger) with a very sensual atmosphere and extremely delicious girls! Seriously, whoever did the casting deserves a applause!

This is how the most famous orgasm scene in the cinema was shot!

Shibari:The Japanese rope bondage we saw in “Too Hot to Handle”