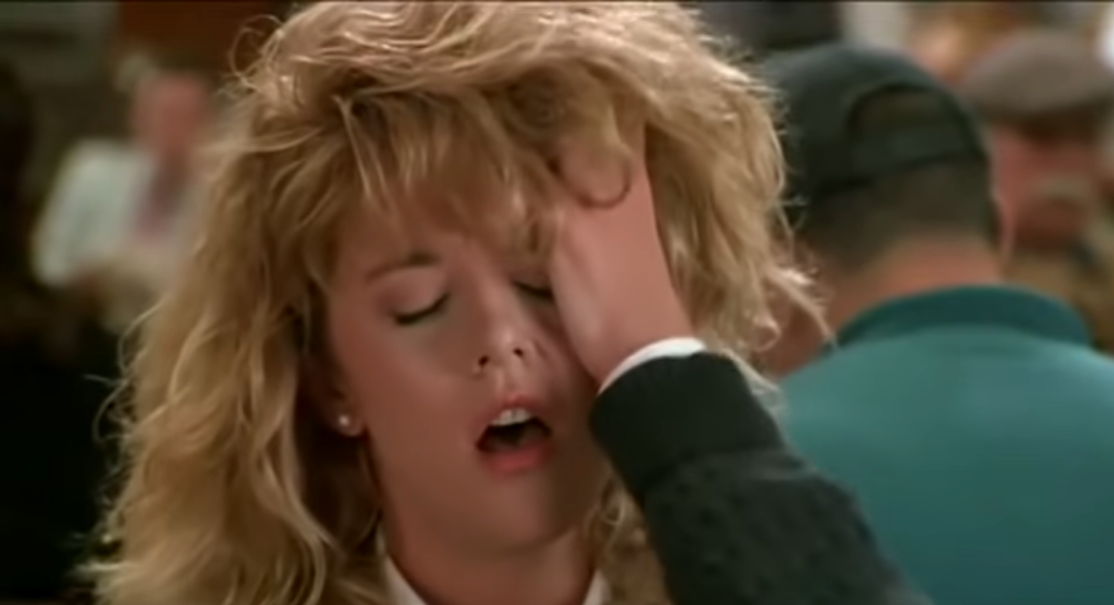 The scene where Sally proves to Harry that a woman can pretend to have an orgasm not only made Meg Ryan famous, but she was recorded as the top scene in world cinema and slightly changed the culture of sexuality. But how the scene was shot, under what conditions and…….how tired Meg Ryan was.

In the 1989 film, the fake orgasm scene takes place during a meal at Katz’s Delicatessen in Manhattan. The owners of the restaurant-cafe have even hung a sign on the table saying “Here Harry met Sally; we hope you get that too!”

The director decided to shoot this scene when – during filming – he felt that the film focused too much on Harry and wronged Sally. Famous screenwriter Nora Ephron, who is no longer alive, said: “We wanted something to make Sally a topic of discussion. “Well, how to do it, for a woman to orgasm in public, can make her a topic of discussion.”

Director Rob Reiner chose this restaurant while the protagonist Bill Cristal thought of the deadly attack after Sally’s orgasm. She is the one who says an old woman “I will take what the lady got too”. The old woman was none other than the director’s mother. In fact, when she died, the New York Times dedicated a brilliant obituary to her, saying that she was the woman who said the funniest attack in the history of cinema.

For at least three hours, Meg Ryan walked around the orgasm scene in front of the surprised crew. As the director recalls, the women were laughing, while the men in the crew were unnaturally serious and silent. He also never forgets the fact that he tried to show Ryan how to play the stage – he actually pretended to orgasm in front of his mother’s eyes!